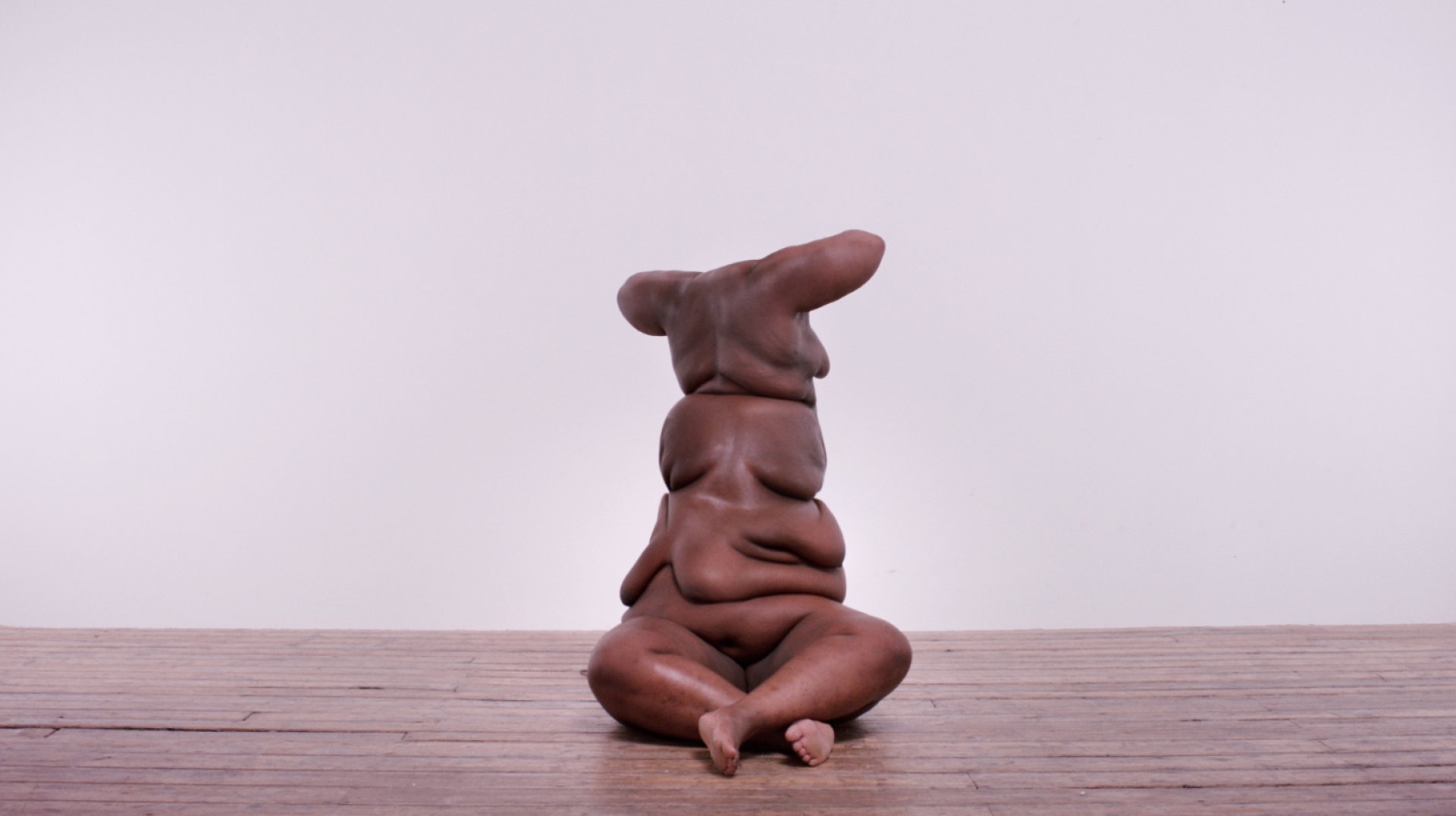 RAY: You are the head of Nike London’s creative lab and have been responsible for successful recent visual campaigns such as NIKE LONDONER 2018. Do you distinguish between art works and designs for clients?

Jamie Brunskill: I try not to if possible, but find that the commercial side of design warrants the final idea sometimes to be slightly more tame than one might create as an art piece. But I do always find that creating my artworks opens up the recesses in my mind to think deep and creatively, of which in turn helps me get to a more interesting place with the designs I make for my clients. It would be great not to differentiate between them both, but I find that the extremes of my artwork would be quite hard to digest commercially.

RAY: In your video works Body Test 1 + 2 (2015) bodies seem to be reduced from their personalities. They are left distorted and appear like living sculptures or like carnal substrate of non-recognisable individuals. How does this work fit into your broader artistic spectrum?

JB: I think starting off as a male model in my late teens, then working as a creative in the fashion industry for the past 15 years has subconsciously been the reason for creating the artwork that I do. Always working with peoples looks, body shape and personalities. I think that this work shows just as much personality as other work I create, but is shown in a more extreme and abstract format, which people might find harder to digest. It is a different way to look at beauty I find, of which I want people to be aware of. 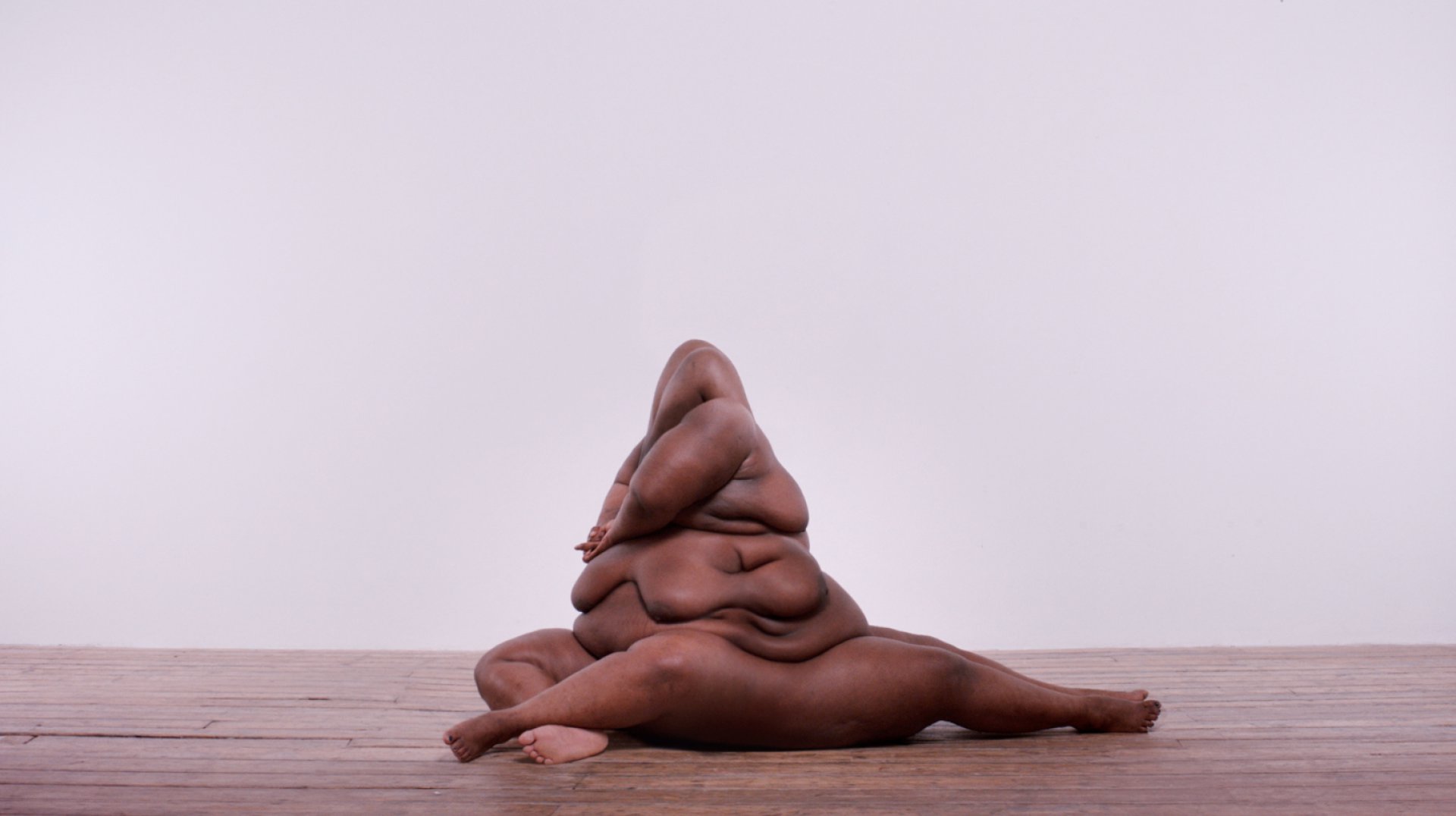 RAY: How far do you interweave a commercial and artistic practice? Do they influence each other?

JB: I think that the areas I go to in my mind to create my artwork, really help open doors for my more commercial design work. Commercially it is hard to find a client which can accept the extremes of my artwork, with a one-off exception being Alexander McQueen, who picked up my previous series of body morph artwork and used it as part of their campaign and for in-store visuals in 2013. As part of a joint art show alongside the sculptures of Sarah Lucas. But apart from this, thinking extreme in one's artwork opens certain recesses in your mind which help to push the boundaries of my commercial design work.

RAY: In what way has working in fashion shaped your view on (human) bodies?

JB: Working in fashion but growing up in a metropolis such as London, opens your eyes to the world and everyone in it. The exclusive world of fashion which excites people, i don't feel is a good representation of life. Yes, you can see and meet the most beautiful faces, but the fashion norm of size 0 I feel is an extreme in itself, which sits in the same extreme world as my Body Test work. It is an extreme, it is not the norm, which I feel is why people are drawn to and excited by it. In the same way fashion does to people, it excites, its extreme and also quite untouchable.

RAY: In what way did a strong discourse on gender models and body images in recent years influence your artistic practice and your position as creative director?

JB: I find that the industry can be very narrow-minded with regards to body image. As I mentioned before, i feel that clients are starting to accept change. One great example was a recent brief I was given by British high street retailer River Island to tackle such issues within the industry. The result was a multicultural campaign which launched in SS18 called ' LABELS ARE FOR CLOTHES' where I wanted to inspire people to express their identity and encourage the brand to lend their voice to this hot cultural topic surrounding labels and stereotypes. Casting a diverse range of models, from plus sized, gay and trans. We took the graphic language of clothing labels and lent them to our characters identity. Labels are for clothes, not for people. This topic is hot right now, I just hope it keeps growing, as a campaign like this should be seen to be the norm.

RAY: What does Extreme mean to you? How do you relate to the topic EXTREME with your own artistic practice?

JB: I love the word extreme. Never do anything half-hearted, cause a disruption, make people turn heads. It's this indulgence in life we all want a piece of, but if you live it everyday I don't think you would feel it as being extreme anymore, and just something called normality. With regards to this and my artistic practice, I think that the word extreme fuels me on my daily work schedule, as I want to find the ideas that disrupt and make people think. You need extreme to progress in life and work. Without it you are just regurgitating the same old crap we are all used to and feel safe with. Extreme is what makes creativity flourish, then I can go home after a day of being extremely creative and relax in the calm of my life.

RAY: The curatorial team of RAY 2018 states that “extreme is inextricably tied to photography”. Do you agree?

JB: I do agree, that photography is probably the best way to show what extreme is. But as mentioned in my other answers, i don't think it needs to be as literal as an image, and can just be seen as a way of thinking creatively and pushing boundaries within ourselves and as creatives to the rest of the world. Making people think and spuring new ideas.

RAY: Do you see boundaries (political, aesthetic, moral, ethical etc.) in imaging the “Extreme” in your own practice?

JB: I do see boundaries, but they are only with regards to not wanting to hurt people or make people feel upset.