RAY: You present your series “Born Nowhere” at RAY 2018. When did you start working on this project?


Laís Pontes: The initial idea came to me when I moved to NYC to study at the International Center of Photography, in 2011. Having removed myself from my comfort zone to embrace a new life, I was very receptive to new ideas and willing to question everything I had learned so far. Having in mind that other people’s judgement of you can, and often does, actually dictate who you really are, I allowed myself to listen to other people’s opinions of me, as well as simultaneously attempt to become someone else based on these opinions of who I was or should be.

Also as I had been interacting online for more than twenty years, it was perfectly natural for me to use social media platforms as a tool in the creation. Then I decided to interacted with Facebook users to get the quick response I was looking for. Bit by bit I realised the importance of social media platforms not only for me but for many of those I was connected to.

RAY: What was your motivation for exploring identity construction in the age of social media as an artist?

LP: I have been very active online since the age of fourteen, so questioning the effect of social media platforms on the construction of identity was a natural progression for me as an artist. I’m constantly being asked whether I’m celebrating or criticising social media in my work, and the answer is can see both its positive and its negative sides. Through my artwork, I would like to encourage viewers to question and create their own critical view of social media and its effect on their and all our lives.

RAY: What is the main platform for your artwork? Is Facebook your main exhibition space and the museum / gallery only a room for documentation of your project? Do you produce your work for the social media community or the art related public?

LP: Facebook and Instagram are the main platforms for my artwork. Social media platforms are used as artistic tool, as well as an interactive and exhibition space. After the character’s biography is defined, the social media platforms become a documentation space.
When the work is present in physical institution such as galleries and museums, it focuses on the exhibition and documentation aspect of work, however as Born Nowhere has also the QR code component presented alongside with some of users’ comments, viewers are invited to scan it, go back online to the work and still have the possibility to interact with it.
I want to make my work also available to anyone regardless their interested in social media and the physical exhibition format makes the work tangible and therefore accessible to wide audience. 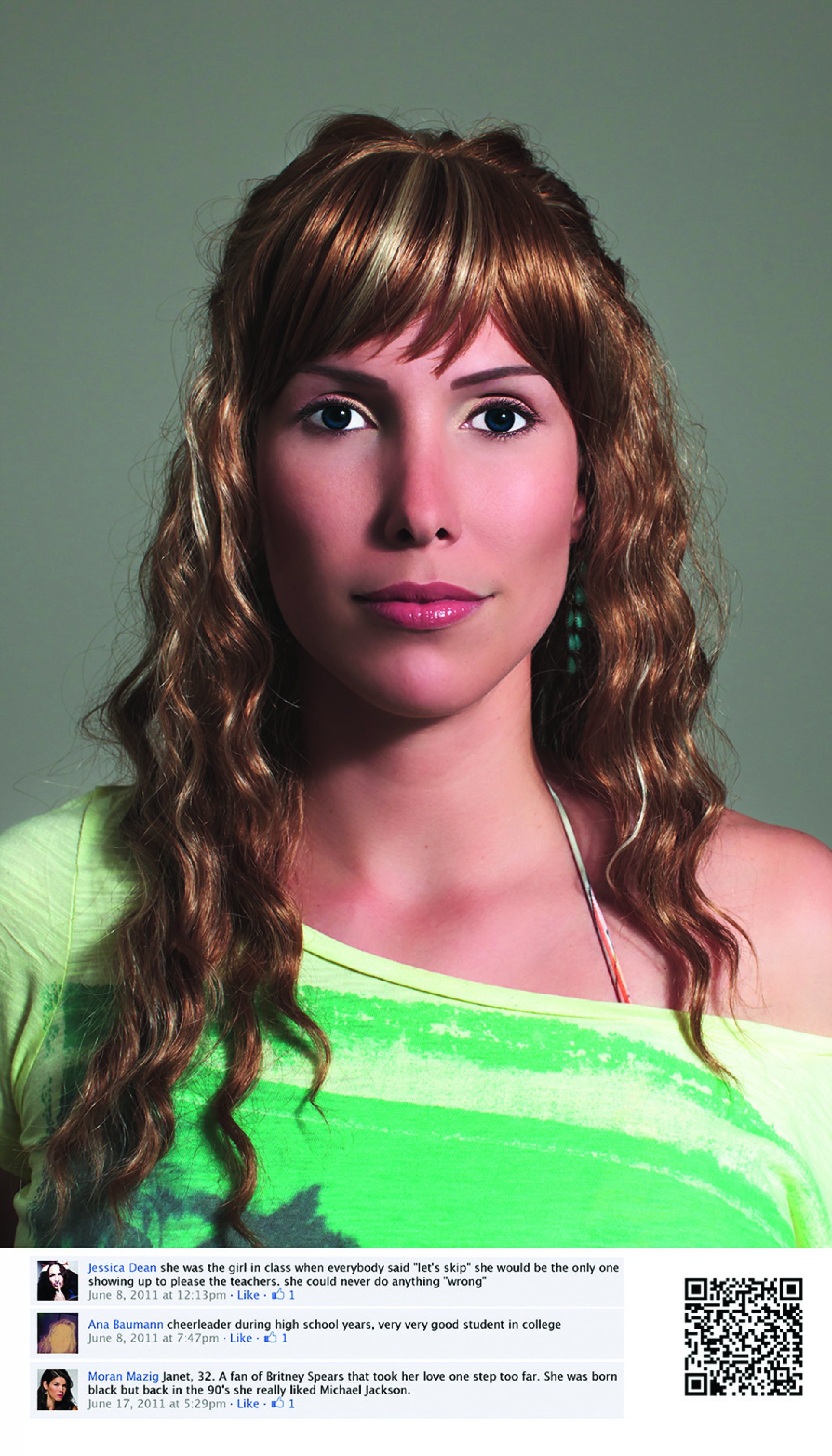 RAY: Amalia Ulman’s highly discussed performance “Excellences & Perfections” on Instagram concealed the virtual identity of her fictional character. Many followers felt betrayed afterwards. You reveal the digital genesis of your characters. How important is the serious interaction with your followers and the social media community for your work?

LP: In my artworks, I’ve always made the statements available as well as I’ve used obvious fake names making each character to have Born Nowhere or Born Now Here, the title of the projects, as surname. The idea was never to deceive anyone. However, as I’ve used true facts of my friends’ personal lives and a lot of mine, some Facebook users were confused. I am not sure this confusion would have happened, if my social media projects were done in 2018.

RAY: How important is the amount of Followers and Likes for you?

LP: The comments are essential to this body of work. Take them away and there is no work. I use my artwork to understand and interact with myself and others. I am fascinated by the idea of having fellow users as co-creators. Through the participatory element, my art projects remain in a constant state of flux, in ways I could never imagine if working on my own.

RAY: We are taking so many different roles in real life: You are an artist, mother, wife, daughter, … What role play your avatars in your life?

LP: They are characters I created for myself from very personal inspiration or need, however never revealed to anyone. They were a friend, a family member, a feeling or a moment in the past. It didn’t matter who they were. For others, they were what they saw. And what they saw, became what the characters are nowadays. When I gave to Facebook users my feelings and memories in the format of characters, they reinvented them to become something bigger than my personal stories.

RAY: Your project „BORN NOW HERE“, which is also exhibited at the Kunstforum, resulted from the BORN NOWHERE work. You selected four of the crowd-sourced characters and gave their personalities the opportunity to develop over the course of a three-year performance which took place online, offline and everywhere in between, in the lives of ten people - real people, not actors. What was the motivation to bring the characters from virtual life to real life?

LP: As my projects on social media evolved, I found myself making questions such as: Can online and offline actions intertwine? Do online and offline actions have a different "weight" in the construction of identity? Is online identity an extension of ourselves? I was fascinated by the new personas people were creating in order to present a better version of themselves and the effects of that action on their lives. Therefore, I decided to first embody some of the characters in my everyday life and then after having gained some experience, I invited other participants to embody the characters, too. That exchange improved my previous questions as well as created new valuable ones.

RAY: This project prompts many complex questions such as „Is online identity an extension of ourselves?“.Are you able to answer this question today – after realizing this work?

LP: To an extend I believe it is, in the sense of: we do things in order to post the content online, to please someone “or many” means to be liked via an icon, our photographic eye is now squared, we no longer remember our friends’ birthday if Facebook doesn’t remind us, and many other social changes. As one day, the television influenced the way we saw the world, today our behaviour on Social Media platforms has been drastically influencing our behaviour outside it.

RAY: Social Media is increasing extremely in daily life. Which danger do you see in this EXTREME change?

LP: The biggest danger is to disregard its danger. There are still millions of people unaware of the power of social media, not only its negativity but also it as tool of a positive change. EXTREME is good if it makes a difference. 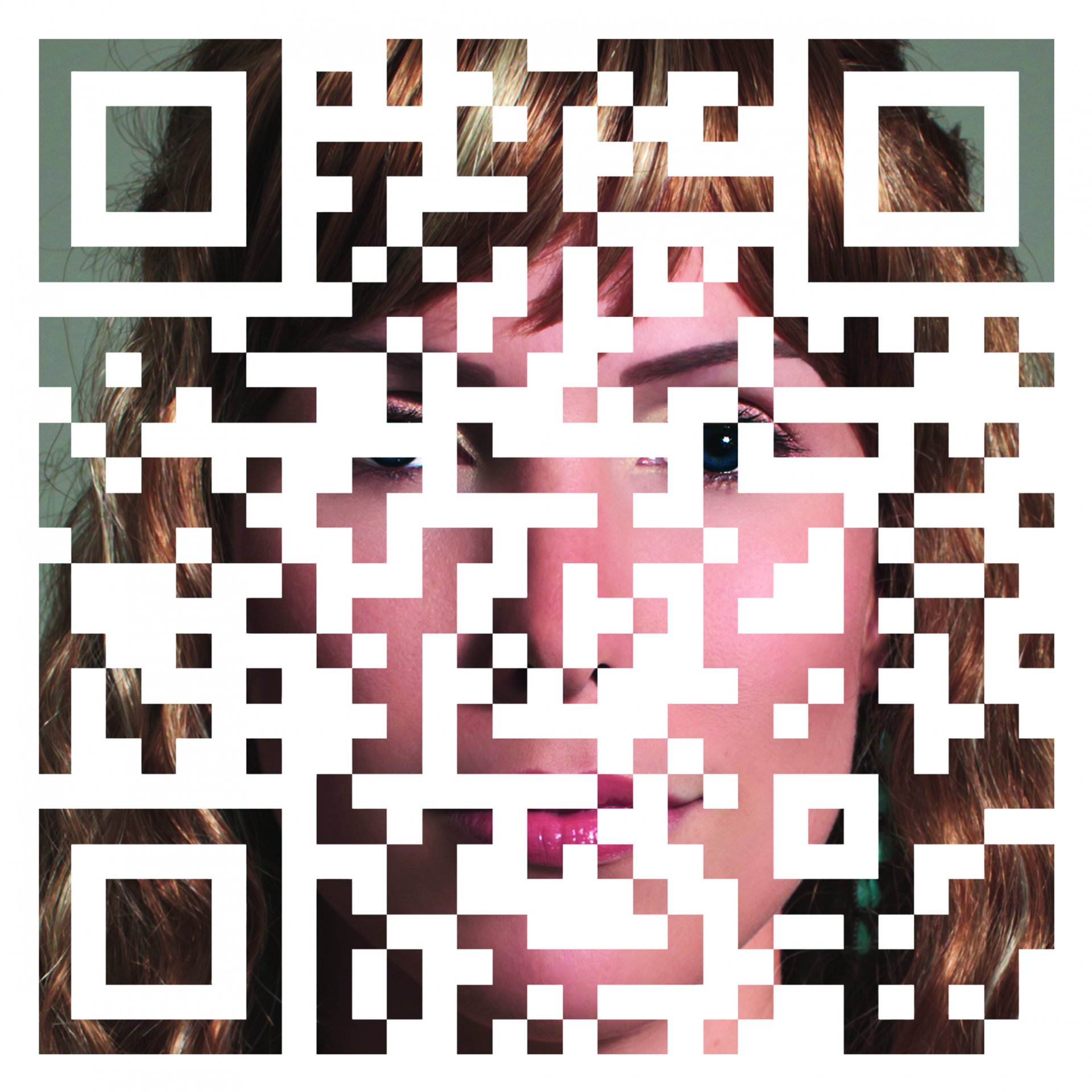