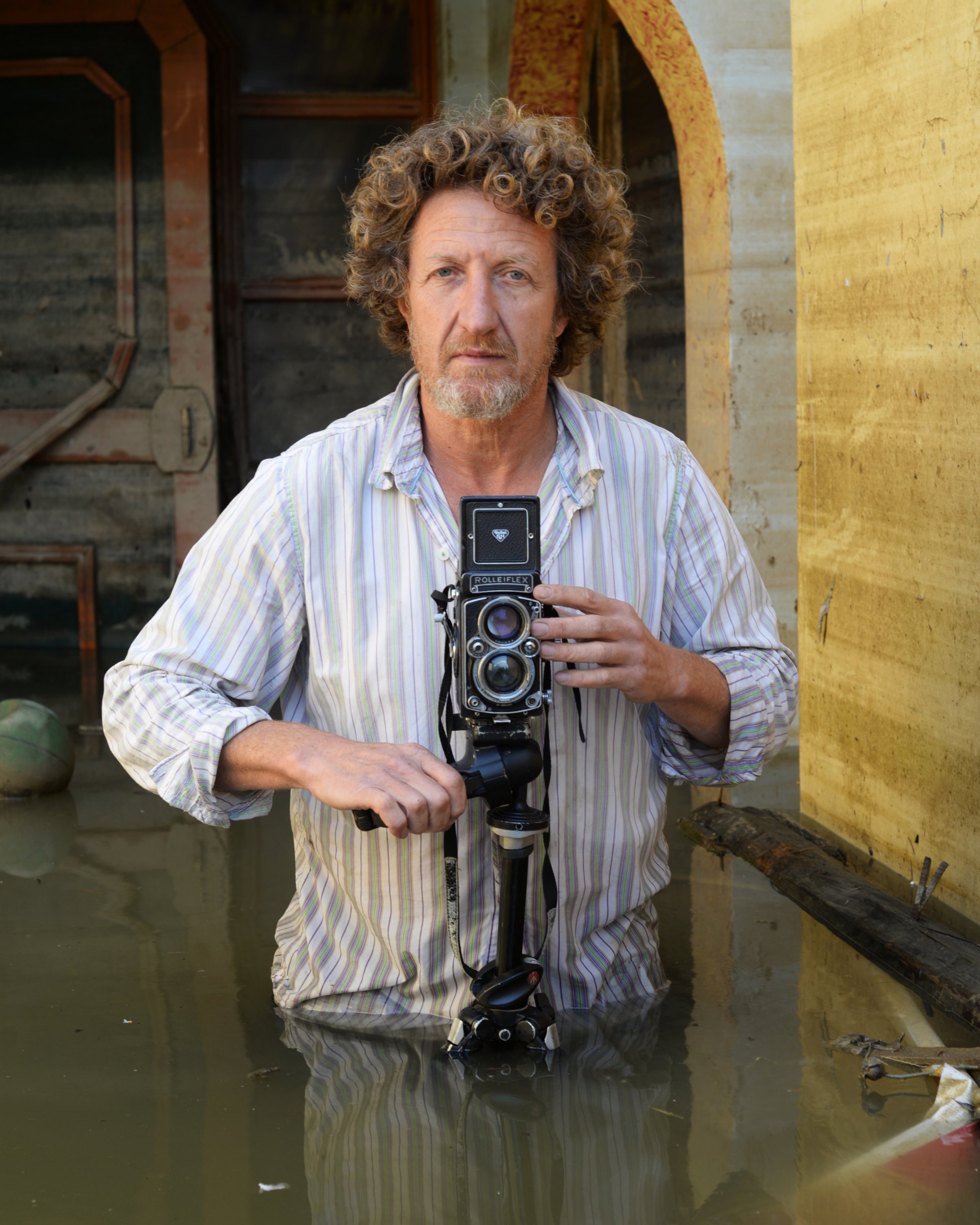 Gideon Mendel will present Drowning World, his global engagement with flooding and climate change. He will discuss the four narrative threads that have emerged over the 10 years he has been working on the project: Submerged Portraits, Floodlines, Watermarks and the Water Chapters. He will show how utilising these differing visual strategies has helped him create a nuanced and engaged narrative which has been seen in a variety of contexts.

Gideon Mendel’s intimate style of image-making and long-term commitment to socially engaged projects has earned him international acclaim. Born in Johannesburg in 1959, Mendel established his career with his searing photographs of the final years of apartheid. In 1991 he moved to London, and continued to respond to global issues, especially HIV/AIDS. Since 2007, Mendel has been working on Drowning World, an art and advocacy project about flooding that is his personal response to climate change. Solo shows of Drowning World have been shown at many galleries and public installations around the world, most recently at Les Rencontres de la Photographie in Arles. During 2016, Mendel received the inaugural Jackson Pollock Prize for Creativity and the Greenpeace Photo Award. Shortlisted for the Prix Pictet in 2015, he has also received the Eugene Smith Award for Humanistic Photography, the Amnesty International Media Award and six World Press awards.

More information can be found here.