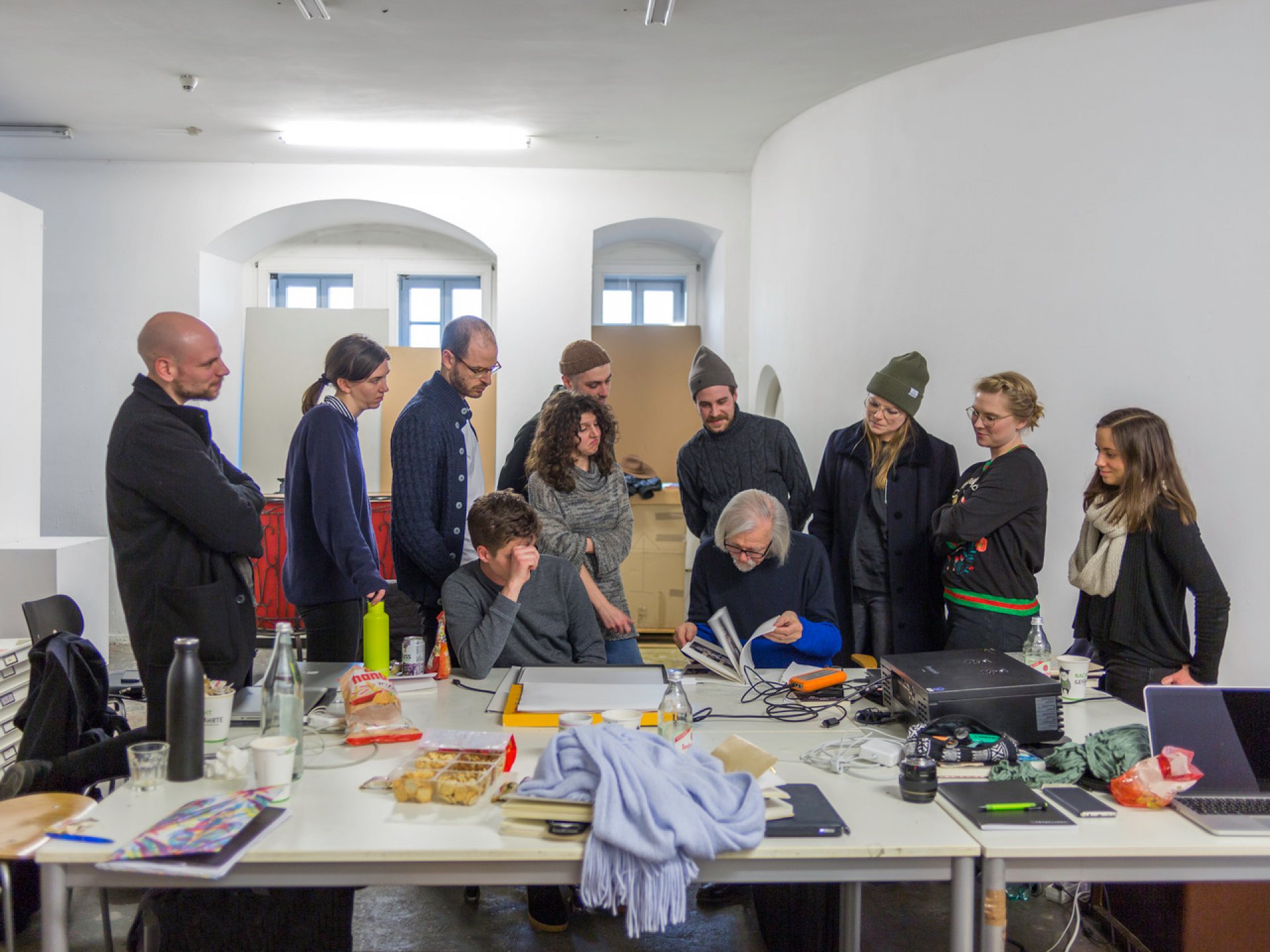 Perhaps Georges Braque and Man Ray traded art secrets over a glass of wine or two in Paris, but Braque’s principles and Man Ray’s practice surely informed much of the discussion in this spring’s RAY MASTER CLASS that was conducted with eleven students from the Rhine/Main region. “Out of limited means,” Braque noted, “new forms emerge”. Man Ray, of course, proved Braque was spot on, time and again. Working from limitations, an artist discovers what it is he or she can do; and equally critical, what it is she or he will not do. Braque and Man Ray created entirely separate pathways, not projects with beginnings, middles, and ends, nor specific solutions addressing specific curatorial intents. Instead, they sought something far more challenging, as did the RAY MASTER CLASS: the possibility of creating lifelong visions built on the staying power of staying the course, making every piece different, yet keeping everything essentially the same. A bit extreme, one could say, considering the plethora of project-driven student work today.

The students of the RAY 18 MASTER CLASS—an experimental nexus of four university photography programs comprising eleven vastly unlike yet highly creative souls—here present selections from their attempts to remain consistent, to take the temporary out of contemporary, and to begin building the lifetime visions that can, and thus will, reach audiences far and wide. Judging from the vast range of their disparate approaches, the hope remains that lens-based art can continue to remain as vibrant and meaningful as ever.